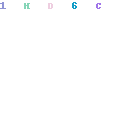 Right-click on radio bar, and 'Save As' to download the broadcast

CLICK TO VIEW ARTICLE  - 24JUN Alison Smale and Andrew Higgins, NYTimes.com : Debt Talks May Be Defining Moment for Greece, and for Angela Merkel.

CLICK TO VIEW ARTICLE  - 19JUN King World News : Greece Standing Strong On The Shoulders Of Russia & China, Plus The Road To $19,000 Gold.

CLICK TO VIEW ARTICLE  - Euronews ‘You’ poll : Who is to blame for Greece’s crisis?

CLICK HERE OR ON PHOTO TO EMAIL FOR MORE INFORMATION

CLICK TO VIEW ARTICLE  - 25JUN H.A. Goodman, HuffingtonPost.com : It's Official -- Bernie Sanders Has Overtaken Hillary Clinton In the Hearts and Minds of Democrats.

CLICK TO VIEW ARTICLE  - 17JUN Ben Schreckinger, politco.com : When Bernie met Hillary.Long before challenging Clinton, Sanders reached out to her on health care. He got nowhere.

CLICK TO VIEW ARTICLE  - 17JUN DailyKos.com : The difference between Bernie Sanders and Hillary Clinton in one paragraph.

CLICK TO VIEW WEBPAGE  - Homepage for Urgenda, based in The Netherlands. {NOTE: The homepage can be translated to English, but it appears that the individual pages must be translated separately}

CLICK TO VIEW WEBPAGE  - Facebook page for Urgenda, the non-profit group that brought forth the lawsuit against the Dutch government.

CLICK TO VIEW WEBPAGE  - Jason Martell : Ark of the Covenant – The True Story.

CLICK TO VIEW ARTICLE  - 11APR HealthyFoodHouse.com : How to Cleanse Your Colon in 21 Days with 2 Cheap and Mighty Ingredients?

CLICK TO VIEW ARTICLE  - 16APR HealthyFoodHouse.com : How to Cleanse Your Body from Parasites and Normalize Your Weight with Only Two Ingredients!

Alice can be contacted at: algaeAlice4224@icloud.com  .

CLICK TO VIEW VIDEO  - 25JUN YouTube Video : Food and Fuel for the 21st Century—Algae and the Green Revolution 2.0 with Stephen Mayfield.

In this weeks FINAL WORDS

Strangely, it was my original intention to share some comments this week on all the videos relating to police brutality, and why this kind of behaviour seems to be worse than ever. Before I change the topic however, I’ll say quickly that there are several factors that I feel have contributed to this.

One is that the general public is becoming more aware of wrong-doing by police, military, politicians, lawyers, judges, bankers, media and so forth. They are becoming informed on what to look for, and people are becoming more courageous in wanting to expose it.

Technology has contributed to getting information out to others almost instantaneously, so it has the immediate potential for others to see what is going on. This helps to empower others in exposing what they might know also.

It is not too much of a secret these days that many police departments hire people with lower IQ’s. I am not saying that this is always the case, because police departments do need officers who can be the face of the department to the public, while those with the lower IQ’s are hired to the undercover work, and more recently, the dirty work of enforcing cabal rules on people who are identified as rebels or terrorists, merely because they question the status quo of society.

The cabal is able to control at least some within police departments by bribing them into compromising situations, and holding the threats of exposing them or removing them above their heads so they continue to play the game. At the beginning of the newscast, I mentioned the movie ‘The Negotiator’, and this is an example of cops gone bad, and to what extent they are able to manipulate crime scenes and implicate others, merely because their badge gives them the powers to do so, albeit unlawfully.

With the rising energies of consciousness on the planet and the increasing desperation of cabal groups that still have any kind of power, officers with lower IQ’s are more susceptible, although not always, to the commands of their senior officers and those who give them a paycheque. Those officers who have demonstrated a tendency towards violence are no doubt also feeling the rise in the energies at this time, and it is this rise in energy that MAY be driving some of them to lash out violently at others. The darkness within these souls is also coming out for healing, but these poor souls just may not have been as strong as many others in dealing with it, before it destroyed them.

However, as I said, I changed my mind a bit. In researching the above information, I came across a link written by someone commenting about police and IQ levels. The individual wrote that: “ Gone are the days when Police could join with a basic secondary school education. With forensic investigations, technology crimes and 'white collar' crimes (requiring accounting skills), many Police jurisdictions require a Bachelor degree as minimum. For organisations that don't, tertiary study is certainly encouraged. I've got two degrees and a number of diplomas...lots of my supervisors have masters degrees and our Commissioner even has a Doctorate.”

For some reason, the word ‘doctorate’ clicked in my mind. I found myself thinking back to my days at the University for Peace. All of us graduated with Masters degrees in programs related to law, gender, media, environment, conflict, peace education and a few others. Many of the students eagerly jumped onto the bandwagon of working for NGO’s or other organizations that were allegedly committed to ‘peace’, but in reality were only perpetuating the business of peace, the same thing practiced by the university, but no one had the awareness, or the courage to say so, except perhaps me. As I have mentioned previously, this resulted in my losing pretty much all my friendships during that year. Others among the graduating students jumped back into education elsewhere, wanting to go and get a doctorate degree in something.

Just as cabal controlled companies attempt to compartmentalize their business operations so that no one person is ever able to see the big picture, I came to the realization while studying at UPEACE that education, and especially higher education, was a form of compartmentalization, to isolate, identify and possibly reward those who demonstrate excessive talent in one area, before they are invited to be exposed to some of the more secretive aspects of whatever company or institution they may have been invited to join.

While doing my Masters degree, I was told I had to have a curriculum in my thesis as a condition for getting a grade. I rebelled against that, saying that adding a curriculum violated the whole point that my thesis was trying to make, that education seeks to streamline many uniquely different, equally beautiful souls into one common way of thinking…to condition them all to act, think, speak and behave a certain way, in order to succeed. I did not support that. My thesis-supervisor pleaded with me, and I even went on strike for almost two months, not writing the thesis, because I was so upset at what was being imposed upon me.

When I met my supervisor after this, I asked him again to leave it out, and he said no. I did have a very open-minded supervisor however, and he agreed with all I had put in my thesis. We struck a deal, and it was perhaps the best I could do, given that I wanted the degree, even though I was becoming increasingly aware that it was basically a worthless degree, because the institution offering the degree was not practicing that which it was claiming to be preaching.

I agreed to put a curriculum into the thesis, on the condition that I could put in a disclaimer paragraph, saying that the curriculum was only present because it was a structurally-mandated requirement of the institution and did not support the argument being made by the thesis. He accepted that. He also accepted that I would not be submitting statistical research with my thesis, because I argued that statistical data means very little, and is only presented and interpreted in a way that is beneficial to the collector’s argument, and not necessarily beneficial for the topic being studied. In the end, because he felt that I had argued my points effectively, he still gave me 85%, although I am certain that some in the higher administration would have loved to see my final grade fall much lower than that.

From general education to university, one learns to study more in broad topics that one is interested in. With a Masters degree, the list becomes even more defined, targeted and specific to a particular topic. A doctorate is an especially compartmentalized form of education that is graded according to one’s research and argument of a very, very, very specific item or theme.
People are then paid very high sums of money to transfer that very specific information to others in helping students to form their own interpretations of the topic, relative to the subject one may be studying.

There was only one reason initially I took the Masters degree. I naively believed that it would allow me to validate my Greenprint For LIFE work, and perhaps give me the opportunity to teach a much higher, visionary aspect of peace than what was presently being offered at the university.

The only benefit these days that the degree offers me is that it qualifies to me to critically question the whole institution of education, because I have participated in it, at least up to a level that I studied.

Having done two degrees and a certificate in 5 computer programming languages, one might think that it would be easy to find employment. That assumes that one is ready and willing to play the cabal game. I was not.

As I have shared in the past however, we learn who we are, through the experiences of who we are not. Those students from the University of Peace who took jobs that perpetuate the current global condition instead of healing it; those who went on to study a doctorate in some specialized form of whatever-whatever, are now qualified to either say as much or as little as they want about their area of speciality.

The only difference between a doctorate and all of you, dear listeners, is that the doctor has paid the money, and gone through the routines and played the games to earn the privilege of being paid a high salary to do so. Most of you have acquired your Earth wisdom without having had to play those games, or if you have, like me, you recognize that almost everything that was learned was not particularly valuable…except that it helped you become more aware of who you are, and what your truth is to share with the world, without having to play by cabal rules, structures or whatever.

Each one of you is a doctor in your own right; Through your trials, tribulations, ups, downs and all arounds, many of you are now understanding that your uniquely different, but equally beautiful ‘truth’ is the one thing that you are here to share with humanity and our planet.

LIFE willing, each of you will choose to do so with greater joy, compassion, service, courage, conviction and discernment to a greater extent than those who studied years and paid thousands of dollars to do…under the rules of someone else.

Since the month of June is traditionally a month for graduation ceremonies, perhaps this is symbolic of the graduation that each of you may now receive; the benefit and wisdom of your truth and of your service to humanity and our planet!

Create a great week, until our next moment of ‘now’!

CLICK TO VIEW ARTICLE  - quora.com : Do cops have lower IQs than most other people?